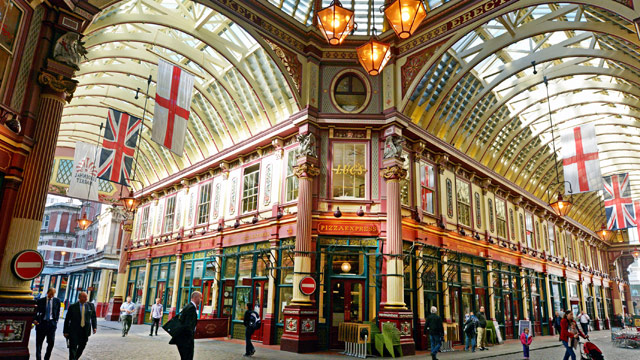 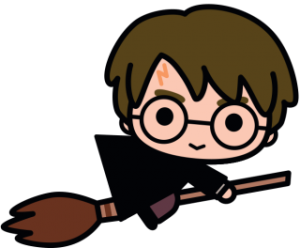 “Just because you’ve got the emotional range of a teaspoon doesn’t mean we all have.”  Hermione.

London has loads of places for Harry Potter fans to visit, many of them within walking distance of the St Athans Hotel. We’ve had so many guests ask us about what and where that we knew we should gather what we know together, luckily quite a few of the reception team are massive Harry Potter fans ourselves. 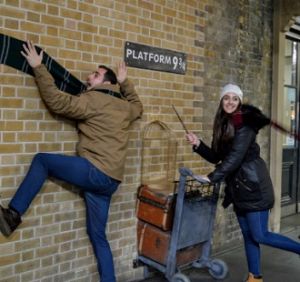 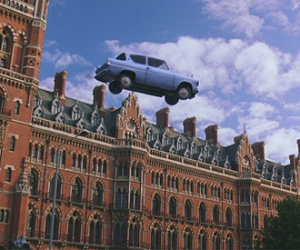 St Pancras International station: Outside you’ll see the beautiful neo-gothic facade of St Pancras where the Weasley’s magical Ford Anglia takes off in Harry Potter and the Chamber of Secrets. 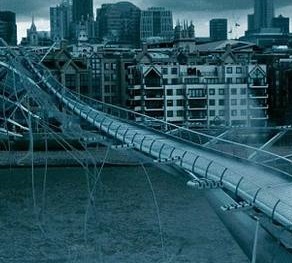 Tower Bridge, Millennium Bridge and Lambeth Bridge. In The Order of the Phoenix, Harry flies along the Thames and over Tower Bridge on his broomstick. Millennium Bridge is another of the Harry Potter filming locations, as the famous bridge is destroyed by Death Eaters (see picture above), while Lambeth Bridge is where the Knight Bus squeezes between two double decker buses. 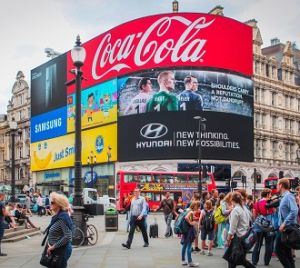 One of the most memorable scenes in the Harry Potter and the Deathly Hallows I where we see Harry, Hermione and Ron rushing through London’s West End was filmed in Piccadilly Circus. Remember the scene in which our 3 heroes have to jump out of the way to narrowly miss being hit a London bus? 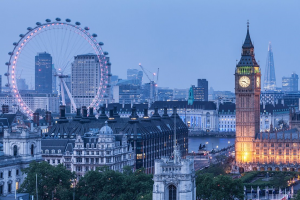 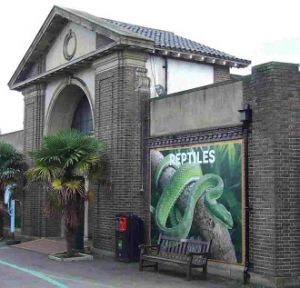 London Zoo – Reptile House:  London Zoo’s Reptile House is where Harry first discovers his gift for talking with snakes in Harry Potter and the Philosopher’s Stone. Home to more than 650 different species, you’ll have the chance to chat to all sorts of weird and wonderful mammals, birds, invertebrates, reptiles, amphibians and fish on a visit to the zoo. 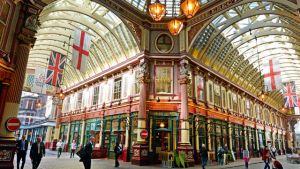 Leadenhall Market in the City of London was used as Diagon Alley in Harry Potter and the Philosopher’s Stone. The entrance to wizard’s pub, the Leaky Cauldron, is in real life an optician in Bull’s Head Passage in Leadenhall Market. Leadenhall is a superb example of a Victorian covered market with an ornate painted roof.

Harry Potter Walking Tours. There are so many Harry Potter walking tours in London that it’s probably best you simply Google it to see what is going on the day you plan on walking about. Most will show you some of the filming sites that were used in the various movies.  One that stands out though is Tours for Muggles:   www.tourformuggles.com 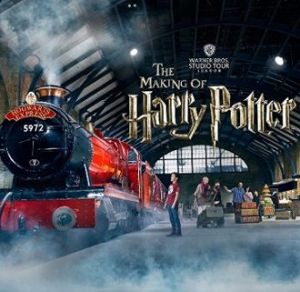 The Studio Tour offers visitors a unique experience to explore two soundstages and a backlot filled with original sets, animatronic creatures and breath-taking special effects. Along the way, you’ll enjoy interactive activities such as the opportunity to fly a broomstick like a member of the cast, climbing aboard the Hogwarts Express, and there’s also the chance to purchase a frothy cup of Butter beer or a Butter beer ice cream.

How to get there from the St Athans Hotel – You can take a train to Watford Junction from Euston station, just 5 minutes’ walk from the St. Athans Hotel. A bus takes you from Watford Junction to the studio. The average visit lasts around 3 hours. Tickets must be purchased online in advance, for a specific time and date. Children under 4 go free, but you need to get a ticket for them. www.wbstudiotour.co.uk

Harry Potter and the Cursed Child: The Stage Play

The eighth Harry Potter story is brought to life on stage. The play is in two parts, and you can see them on the same day (a matinee and an evening show) or on consecutive nights. “It was always difficult being Harry Potter and it isn’t much easier now that he is an overworked employee of the Ministry of Magic, a husband and father of three school-age children. While Harry grapples with a past that refuses to stay where it belongs, his youngest son Albus must struggle with the weight of a family legacy he never wanted. As past and present fuse ominously, both father and son learn the uncomfortable truth: sometimes, darkness comes from unexpected places”.

Tickets can be purchased online:  www.harrypottertheplay.com/uk/ticket-information or through the box office! We recommend that you book your tickets well in advance as the shows are often fully booked. 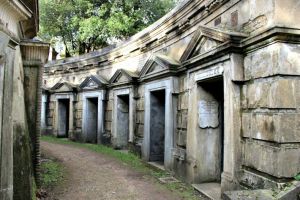 Despite the fact that most of the second film was supposed to be set in Paris quite a few of the scenes show parts of London not obvious to those not in-the-know. Below at the beautiful gothic architecture of Highgate Cemetery is where dramatic scenes of battle were shot. It’s tour is one of our favourites – check out our London Green blog for more info.

Also some of the scenes were shot on the roof of St Paul’s cathedral – though unfortunately the roof is not open to the public. However, the rest of the church and its famous whispering gallery which is inside the cathedral’s dome is. 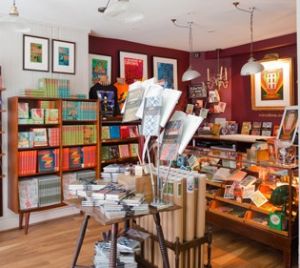 House of MinaLima on 26 Greek Street, Soho, London showcases fifteen years of creative collaboration of graphic design duo Miraphora Mina and Eduardo Lima, founders of MinaLima. The House boasts four floors of distinctive designs on display, from the graphic art of the Warner Bros. Pictures’ Harry Potter film series and Fantastic Beasts and Where to Find Them to a series of illustrated classic fairy tale books for Harper Collins. www.Minalima.com

Info and enthusiasm thanks to massive Potter fans, Alex & Alba on reception.