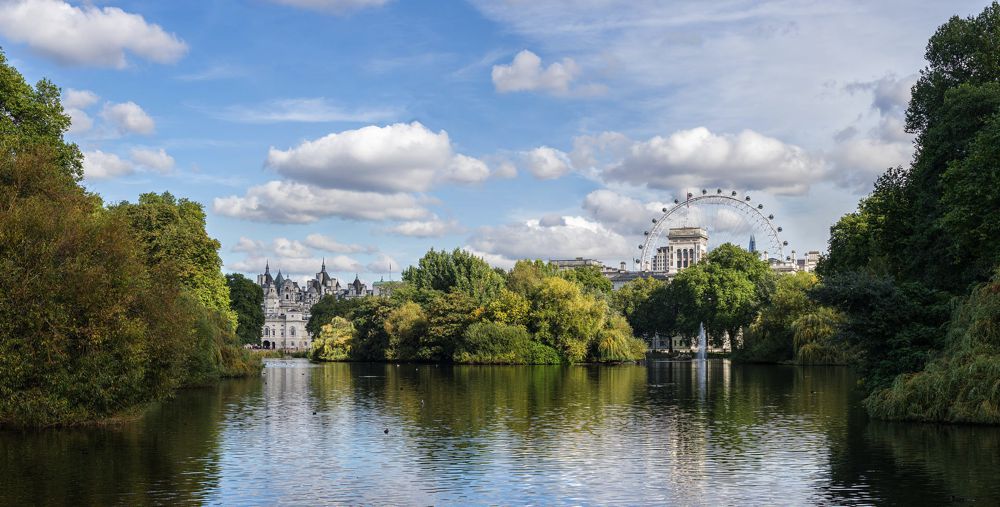 Although the St. Athans Hotel is central London’s only green hotel, we don’t actually have any green you can hang out in, unless you count amongst the herbs outside the cafe downstairs. However as it’s situated in the heart of busy London, it also has so many green spaces dotted around it. Bloomsbury is notable for its many varied garden squares and small parks, many of which are very old and full of character.

Russell Square (1) is the largest square in London. In 2002, the grand Georgian square was re-landscaped in a style based on the original early 19th century layout by Humphry Repton (1752–1818). It has a café in it that’s open all year round 7am – 10pm, with seating outside that’s great in the summer. Cross this park to get to the British Museum.

Coram’s Fields (2) is a unique 7 acre playground & park that includes everything children would want including sand pits, a duck pond, a pets corner with sheep, café and nursery. Situated on the former site of the Foundling Hospital, for 80 years Coram’s Fields has existed solely for children and young people – ‘No Adult can enter without a child’.

St. George’s Gardens (3) is the quietest small park near the St. Athans Hotel, where you can almost forget you’re in the middle of this vast city. Built on the burials grounds of two nearby churches, in the early 1900s the grave stones were moved to the side walls and this small park was born – you can still see a few large chest tombs and impressive monuments.

There are plenty of other small parks and squares in the area, and all of them well worth a gentle saunter through. Among them – Tavistock Square (4) has a great statue of Gandhi in it; Gordon Square (5) is beautifully landscaped and has a kiosk in; Cartwright Gardens (6) has tennis courts you can book; and slightly further away are Lincoln’s Inn Fields, and Lincoln’s Inn private gardens. 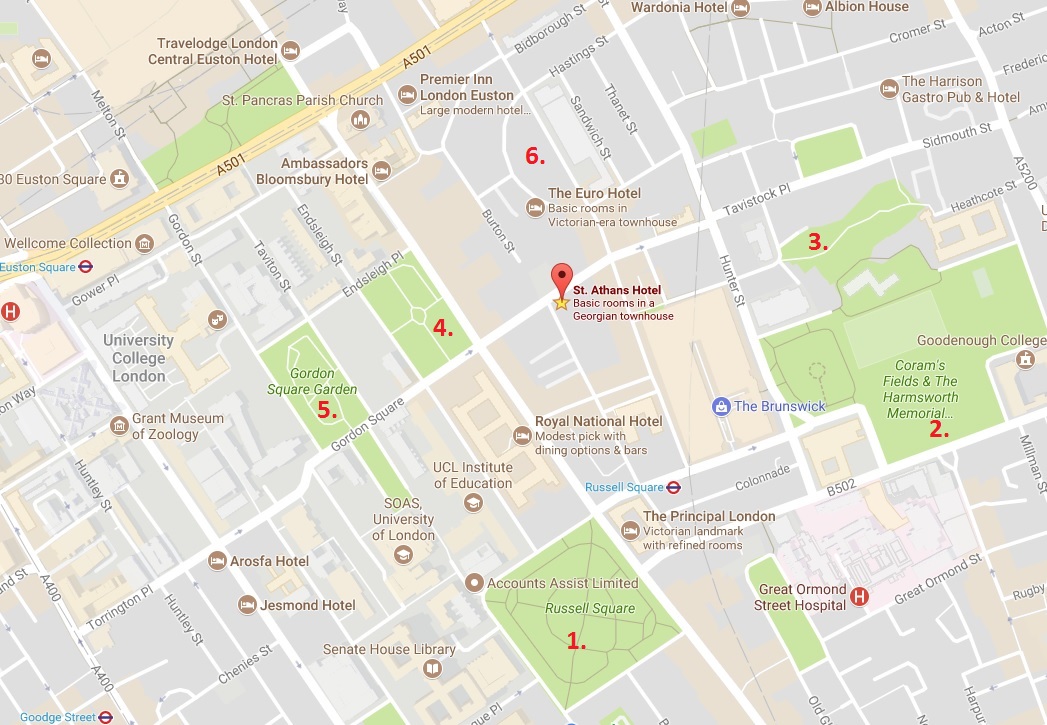 Why would anyone want to visit a cemetery? A fair question, but answered beautifully by Highgate Cemetery, an incredible site well worth visiting, full of history and some of the finest Victorian funerary architecture in the country, and a place of peace and contemplation where a romantic profusion of trees, memorials and wildlife flourish. Divided into two parts, the West Cemetery is by guided tours only (which I’d highly recommend), and the East Cemetery where you can roam freely, but there is an entrance charge. Waterlow Park next door is also well worth a visit.

The West Cemetery is home to the most impressive architectural features of Highgate Cemetery — the Chapel, Colonnade, Egyptian Avenue, Circle of Lebanon, Terrace Catacombs and the mausoleum of Julius Beer. You can only visit the West Cemetery by guided tour only – which lasts about 70mins. At the weekend, just turn up and take the next available tour. During the week, you’ll have to book. The tour takes place even if it’s raining and some of the paths are steep and sometimes muddy so please wear appropriate footwear. No children under 8 years old 🙁

The East Cemetery is open for people to wander unaccompanied in, but they do offer tours for this side too (which take around 60mins). Famously home to Karl Marx’s final resting place, this side of the cemetery is also incredibly wild and untamed, and perfect for quietly losing yourself amongst the trees and tombstones. As with the other side, some paths are steep and sometimes muddy so please wear appropriate footwear.

The simplest ways to get there are by tube from Euston to Archway on the Northern Line, or by the 390 or 210 bus from outside the British Library. For information on the tours and opening times (which change during the year) go to: www. highgatecemetery.org 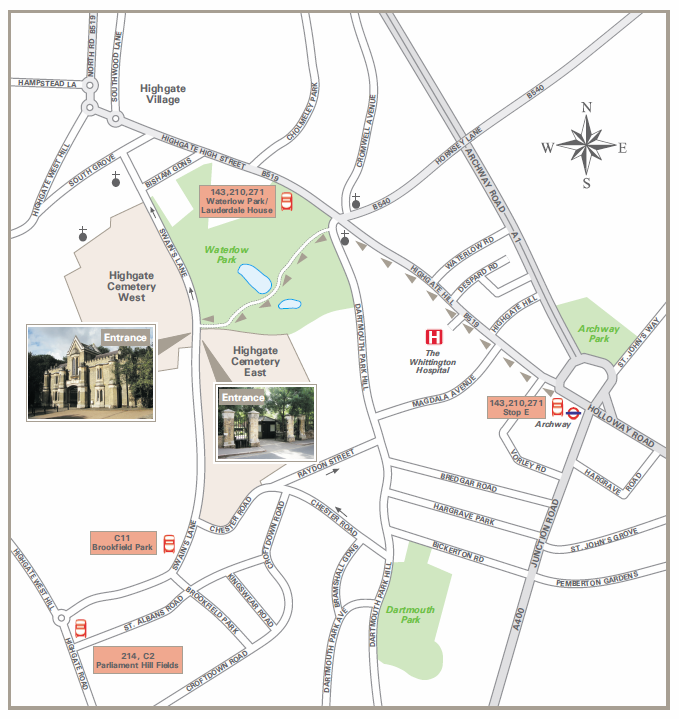 If you end up falling in love with overgrown Victorian cemeteries, I’d also recommend Nunhead Cemetery in south London, or Abney Cemetery in Stoke Newington, northeast London – a few of the Magnificent Seven London Cemeteries.

London is one of the greenest cities in the world, with over 47% green space. Luckily the St Athans Hotel is surrounded by small parks and squares, however there is nothing like going to one of the Royal Parks to really appreciate the grand scale and sheer variety of London’s open spaces. All of the parks mentioned are only a short bus ride from the hotel and well worth a visit. Before you go check out their website for opening & closing times and any special events that may be on: www.royalparks.org.uk

Regent’s Park, designed by John Nash, covers 395 acres, and includes Queen Mary’s Gardens, excellent sports facilities, the Open Air Theatre, boating hire, the famous London Zoo, Primrose Hill, as well as the gloriously restored William Andrews Nesfield’s Avenue Gardens. It’s the nearest Royal Park to the St Athans Hotel, and if you only visit one Royal Park in London this should be it. Area’s we’d recommend include:

The Rose Garden, actually called Queen Mary’s Gardens, is within the inner circle right in the centre of the park, and features more than 12,000 roses of 400 varieties, and is perfect for a family visit, a romantic stroll or a pick-me-up after you’ve had enough of the noise and clatter than is London – a lovely place for a picnic or simply lounging about watching the swans and ducks. Take the 205 bus from Euston to Great Portland St or Baker St.

Primrose Hill, is one of our favourite places, and probably the best view of the London skyline near the hotel. Often used by people to watch fireworks on New Year’s Eve or Guy Fawkes Night. It’s a steep walk up the hill but well worth the effort, especially for sunset. Take the 168 bus from Tavistock Square to either Camden Town, where the market is, or Chalk Farm.

Hyde Park connects directly to Kensington Gardens, making it the largest green space in central London. Together covering over 600 acres its home to a number of famous landmarks including the Serpentine Lake, Kensington Palace, the Albert Memorial, the Serpentine Galleries, Speaker’s Corner and the Princess of Wales Memorial Fountain (and children’s playground). The parks also offer various recreational activities including open water swimming, boating, cycling, tennis and horse riding. Area’s we’d recommend include:

The Serpentine Lake – In the middle of Hyde Park is the Serpentine Lake, a perfect place to get some respite from the busy city. There is a café on the lake that serves food, though it’s often very busy, so it’s especially recommended for an early breakfast before the crowds turn up. You can hire a boat to swan about on, or even swim in the lake, though I wouldn’t recommend it – people always come out covered in green slime! Take the tube to Knightsbridge and walk across the park.

Speaker’s Corner is located on the north-east edge of Hyde Park. Historic figures such as Karl Marx, Lenin and George Orwell were known to often use the area to demonstrate free speech. In 1872, an act of parliament set aside this part of Hyde Park for public speaking. Even today, on a Sunday morning, it’s not unusual to find crowds gathering at Speakers’ Corner to listen to enthusiasts expounding their views. Anyone can turn up unannounced to speak on any subject, as long as the police consider their speeches lawful. Take the tube to Marble Arch station. 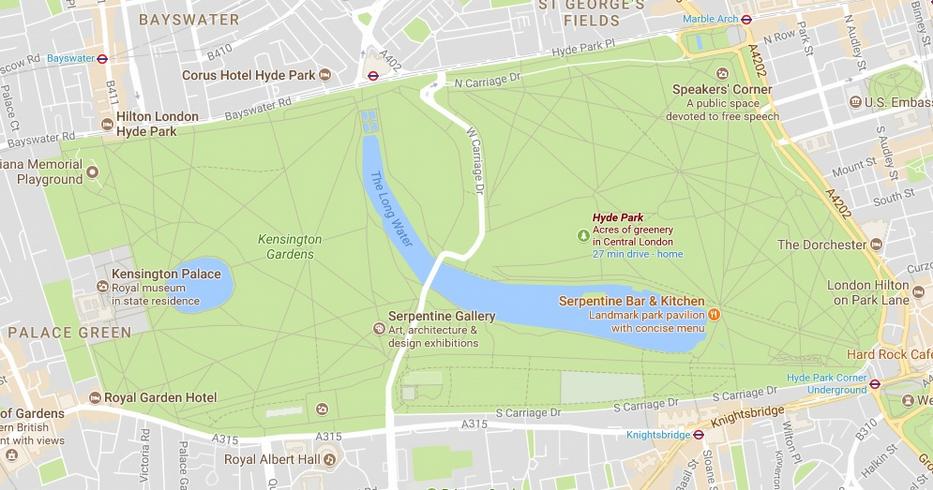 London is really a collection of towns and villages all merged together, and so each area has its own distinct character and places of interest. This makes walking around town a really nice thing to do, just make sure you know how long it will take, and plan to stop and eat along the way.

Walking tours – Something that has become very popular in last few years is guided walks, usually in the form of tours. There are many companies in London offering tours with very friendly and knowledgeable tour guides many if different languages, for every time of the day, area of London and theme possible – from the obvious tourist attractions like St. Paul’s Cathedral, British Museum, to specific areas such as Victorian London, the Square Mile (the City of London) and old Mayfair, to more eclectic subjects like the Great Fire of London, Jack the Ripper and Harry Potter. There are also many Mobile Phone Apps to offer self-guided tours, so walking around London can be like being in a gigantic museum, full of interesting facts and objects.

Canal Walks – London has a criss-crossing network of old canals that are perfect for walking along, as they are all flat and take you places that streets can’t. The canal system is a marvel of industrial engineering. Over 200 years old, it no longer acts as a commercial artery into the heart of London from the countryside, but instead has become a network of thoroughly pleasant waterside paths, offering a completely different view of London. You can join the Regent’s canal at King’s Cross and walk to Shoreditch and Hackney or Camden Town. 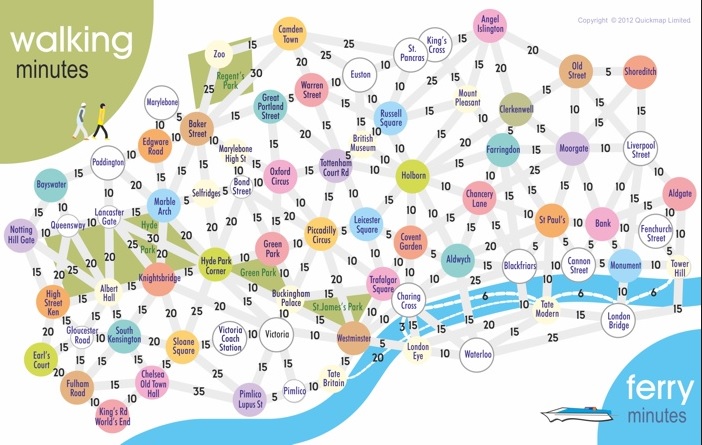 The Thames is a tidal river that runs through London, and offers visitors to our beloved city everything they could want to see. The riverside is very accessible for walkers, runners and those on wheels, and best of all, has a great boat service that stops at many places along its winding route. It’s also possible to swim in or kayak on the Thames, but you’ll have to check the web for seasonal information.

Walking along the Thames – the Thames offers perfect views of all the sights (probably best is from Waterloo Bridge), internationally famous art museums (there is a boat from the Tate Britain to Tate Modern), music & theatre venues (the South Bank centre, Royal Festival Hall, Globe Theatre), and big attractions (the Tower of London, Tower Bridge, the London Eye). Once you get to Waterloo Bridge (the nearest point from the hotel) you can either walk left or right and you’ll be sure of having a great and varied stroll. Simply get any bus south from Tavistock Place.

The boat east to Greenwich Park, Maritime Museum & Cutty Sark – embarking on the River Bus at Embankment or Blackfriars, take the boat east towards The O2 (the former Millennium Dome) and alight at Greenwich. Here you can enjoy the splendour of Greenwich Park (one of London’s 8 Royal Parks) which hosts the amazing Cutty Sark (the world’s only surviving tea clipper, and fastest ship of her time), the Prime Meridian Line (where Greenwich Meantime is measured from) and Royal Observatory as well as being part of the Greenwich Maritime World Heritage Site which is home to The National Maritime Museum and the Royal Naval College.

The boat west to Richmond Park, Kew Gardens or Hampton Court – take the ‘Thames River Boat’ from Westminster Pier to the famous Royal Botanical Gardens at Kew, a must for all plant lovers. Or take the boat further on to Richmond Park (another one of London’s 8 Royal Parks) which is a beautifully wild national Nature reserve, and London’s largest ‘Site of Special Scientific Interest’, full of herds of red and fallow deer. Further still the boat takes you to Hampton Court, the 500 year old palace of King Henry VIII, and many successive kings. All of these places you could easily spend a whole day at, and aren’t recommended if you wish to speed through London’s sights. 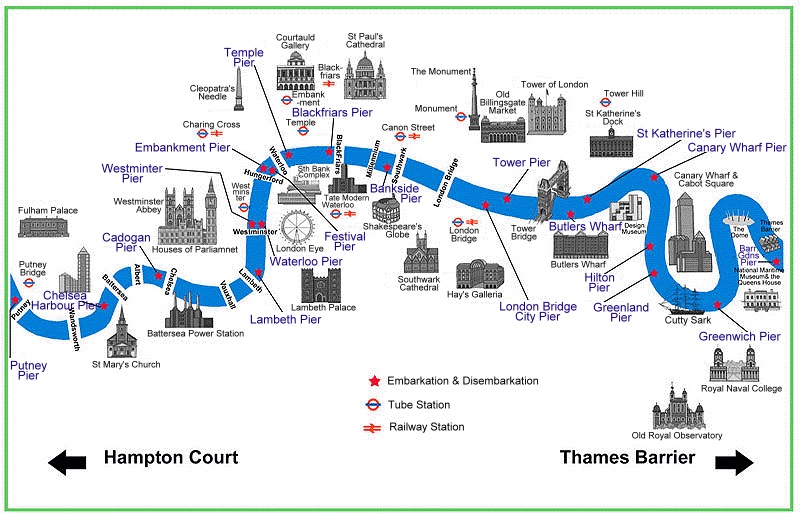 London is pretty green compared to many other mega-cities around the world. Apart from all the squares and parks, we’re blessed with nature reserves that dot the capital. Like the nearest, and my favourite Camley Street, which is only 10minutes walk from the St Athans Hotel, many are run by the London Wildlife Trust (a charity that we support), which has a great map of them all here. They are the lungs of the city and are perfect to get away from all the noise and bustle. An initiative that we also support is London National Park city which is helping to make our city greener, healthier and wilder.